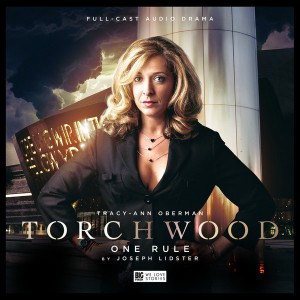 The older we get, the more we become aware of the increasingly thin line that separates good and evil; and that both, to a certain degree, are simply matters of individual and cultural perspective.  Take Yvonne Hartman for instance. Her actions, according to your point of view, in ‘Army of Ghosts’ and ‘Doomsday’ could be seen as being either heroic or villainous and led to her making the ultimate sacrifice for Queen and country. The world though, as I’ve often been told, isn’t black and white, things and people are rarely that simple and there’s often an ocean of minute detail which serves to complicate, cloud and obfuscate even the simplest of deeds. This is turn creates a sea of endless grey upon which most of humanities well meaning, if somewhat misguided, undertakings sail for eternity. Miss Hartman, had she not perished saving the world, would undoubtedly have drifted in these waters for the rest of her life, as rather than being simply good or evil, was, and is, amoral, seeing only her duty, the end goal and the best way to get there and following that path to completion regardless of who or what gets in her way.   For Yvonne Hartman, duty and Torchwood are everything.

Set between the beginning of the first and second series of ‘Doctor Who’ (can we stop calling it new Who now please?) and before ‘Torchwood’ made its debut, ‘One Rule’ finds Yvonne (Tracy-Ann Oberman) arriving in Cardiff to “borrow” a device that’ll allow her to see what’s waiting in the mysterious sphere held under lock and key in Torchwood London. Having retrieved what she came for, and having watched her hotel burn down around her, Yvonne finds entangled in a series of politically motivated murders, as one by one, local councillors, all of whom were in line to become the next mayor of Cardiff are, quite literally, losing their heads.  In an attempt to keep the last two potential victims alive, Hartman races through the seedy underbelly of Cardiff’s nightlife frantically trying to stay one step ahead of the killer. And while playing cat and mouse with the rather unusual murderer she slowly begins to piece together the puzzle of who, or what, is actually behind the grizzly spate of council based homicides and the answer brings her closer to Jack Harkness than either he, or she, will ever know.

‘One Rule’ as well as bringing back Yvonne Hartman and allowing Tracy-Ann Oberman to breathe new vicious, single-minded life into the character makes the most of its “fish out of water” scenario. One that is uses it to grand comedic effect as it plays on “racial” stereotypes and the supposed differences between the English and the Welsh which play against a backdrop of murder, betrayal, deception and local, and global, politics. But it’s also about power and ambition and how effectively two very different people wield and control the ultimate corrupting forces and how they’re shaped by that which they most desire, and Joseph Lidster uses them to further blur the line that separates good and evil in his intelligent and engaging  drama. Croeso i Gymru…  Tim Mass Movement