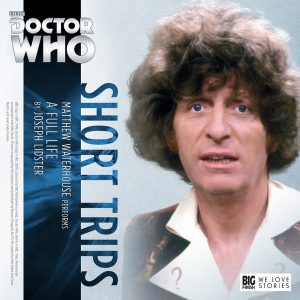 There are those who remember a certain male companion from the very early eighties less than fondly, and I have to admit that before listening to this latest instalment of Big Finish’s Short Trips, I was a bit of a naysayer myself. So, it was with a sigh of resignation that I started to listen to A Full Life, not sure if I would enjoy an Adric-based story read by Adric.

Bloody hell, was I wrong. This is a master class of storytelling and delivery; a heart breaking, lump in the back of the throat tale presented with a large slice of nostalgia and a hefty spoonful of the gothic. Presented as a series of personal reflections, A Full Life finds Adric looking back at the events of that lead him to be where he is now, of how he slowly bonded with the Doctor and Romana, and how, despite his initial adolescent arrogance and awkwardness, he came to see the Doctor as his hero. He’s part of a team – of a family – and he is desperate to impress and desperate to not mess up.

Listening to an Adric who is somehow more mature and self-aware, we learn more about a life that has been peppered with death. His parents died when he was a child and his brother’s death lead to him stowing away on-board the TARDIS and leaving his home world for good. He reveals that travelling with the Doctor and Romana helps him cope with death because it means people are saved everywhere they go. But it also means that people die everywhere they go too.

So when the team arrive on a planet called Veridis and Adric discovers that a kindly doctor holds the secret to bringing back the dead, it seems logical to bring back all of those who have died in vain, especially Varis; Adric’s older brother, his first hero and someone who shouldn’t have died. But bringing back the dead, allowing them to live as normal, even to reproduce – surely there have to be repercussions?

Well, yes there are, and as you would expect, they are massive. But to tell you what they are would ruin this review. But rest assured that if any companion needs and deserves a second chance, by the end of A Full Life, you will agree that it’s Adric. In 45 minutes flat this naysayer had been converted to a fan of the adolescent maths genius, and for that reason alone this deserves a listen.  Bex Ferriday