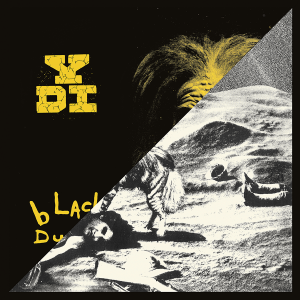 YDI – A Place In The Sun/ Black Dust 2LP (Southern Lord)
A million years ago a mate of mine gave me a comp tape that featured the likes of Negative Approach, BGK, Necros, The Fix, Last Rights, and a band called YDI. All those bands were prime examples of early hardcore done to perfection. 30 years since the band recorded their final release, here we have their whole recorded output, lovingly put together by Southern Lord. Now if you’ve seen any of their other reissues of hardcore classics from bands like Brotherhood, Bl’ast!, Poison Idea and so on, you’ll know that they take these hardcore documentations seriously. This collection from these Philadelphia hardcore pioneers is no exception, bringing together their demo, EP, compilation tracks, album and some previously unreleased material. The EP is definitely an early US hardcore classic, that has the speed and power of bands like Negative Approach or Minor Threat, with twisted elements of bands such as Septic Death or Seige. Fast, furious and tight as hell. Things change dramatically when we hit the album tracks which came out two years after the EP. Just by looking at the length of the songs you know something is up – the early songs hover around the one minute mark whereas the album has songs that run to over five minutes. The speed is gone and is replaced by a thick nihilistic sludge. Riffs drip from the guitars thick as mud, overly distorted bass, the occasional Black Flag lead guitar passage and guttural vocals complete the picture. Bands like The Melvins must have taken their cue from YDI, blending raw hardcore power with noise. YDI somehow managed to record and release a killer hardcore 7″, musically reinvent themselves within a couple of years to release a monster of an album in 1985, then disappear, all of which flew completely under the radar. Thanks to Southern Lord for bringing these beasts back to life. Tom Chapman

YDI – A Place In The Sun/Black Dust CD (Southern Lord)
Pronounced ‘why die’ for those not in the know, this early 80’s Philadelphia speed driven hardcore punk bunch will wake you the fuck right up with a very fast, frantic, and certainly not mildly paced audible onslaught. Combining the bands complete discography (thirty-eight songs in total) this disc includes the 1983 demo, the 7”, compilation tracks, and the Black Dust album. The demo tracks have a fuzzy edged sound to them, chaotic, but great quality and kicking out some real American fury. The overall sound on the nine tunes, which make up the 7”, is considerably cleaner and of a better quality, but without losing the initial carnage the band instils. All the songs are taken from the demo, but with a tighter take it’s worth the repetition. The compilation tracks again rage hard and the clarity of sound allows the guitars and angry vocalisation to cut through with sincere vehemence. It’s with the ‘Black Dust’ album that YDI incorporate a new slant; probably winning them over more punks as the gnarly sounds unfold into a denser groove ridden guitar slant. Heavy but less speed fusion – still as nasty and brimming with a street vibe. Checking out the bands photos shows how styles have drastically changed, back in the day this was outlandish! Mark Freebase

YDI – A Place In The Sun/Black Dust CD (Southern Lord)
Comprising of the Philly Hardcore Bands ’83 demo, ‘ A Place in the Sun’ 7”, ‘Black Dust’ album and their two tracks off the ‘Get Off My Back’ comp; this is a comprehensive discography, which as far as I’m aware compiles everything YDI (pronounced Why Die in case you are wondering) produced during their short but relatively influential existence. The demos tracks are suitably chaotic and fuzz drenched – sounding like they were recorded straight to a beat box, but isn’t that part of the appeal of early 80s USHC? Speed wise, in keeping with most of their compatriots, the band rip along at a furious pace reminiscent of early NYC/Mid-West HC bands with maybe a smidgeon of Void’s metallic Hardcore fusion, especially on the later album tracks, which in keeping with the mid 80s crossover sound are distinctly more metal leaning. Grindcore Nerds will notice the inclusion of the twisted ‘I Killed My Family’ as covered by Brutal Truth. Ian Pickens