Warning: preg_match() expects parameter 2 to be string, object given in /var/www/vip4/sites/vip6102689/httpd/htdocs/wp-includes/formatting.php on line 4866
 Witchsorrow – No Light, Only Fire - Mass Movement
x
Spread the love 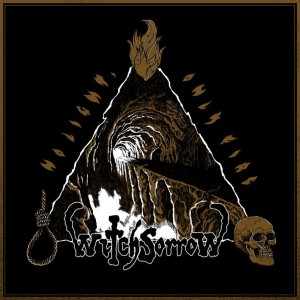 Witchsorrow – No Light, Only Fire (Candlelight)
Speed is what we live for at Mass Movement, but we do, occasionally, become (un)willing victims of bands who have put the mighty monolithic riff centre-stage. Think Trouble, Saint Vitus or the godfathers of the genre Black Sabbath. Witchsorrow not only have the heaviness, but also the groove to make you put on your dancing shoes, and move to the misanthropic tunes in the pouring rain. ‘No Light, Only Fire’ is not about silently weeping over all the bad things people do to each other, but it secretly celebrates the violence and decay. There’s so much abstract beauty in all this destruction. It’s also not about summoning, and blaming the devil, or any other demon, but bluntly telling it like it is with anthems of demise like; ‘Negative Utopia’, ‘To The Gallow’ or ‘Disaster Reality’. It’s a shower of molten lead cleansing the earth of its biggest enemy, humanity, because we bring no light to this planet, only fire. Martijn Welzen