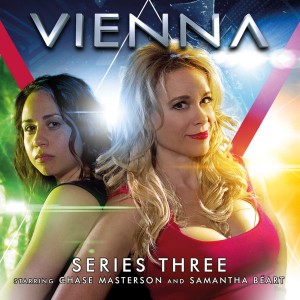 Everybody loves a good anti-hero.  You know, the “reluctant” self-serving mercenary type forced by circumstance and the sudden weight of their previously hidden moral compass and newly discovered social conscience, to do the right thing.  They always make any story they’re in far more interesting , as the omnipresent “will-they-won’t-they” dilemma makes them unpredictable at best, which usually means that the audience is in for one heck of a tumultuous and uncontrollable, but undeniably thrilling, ride. And anti-heroes don’t come much more “anti”, or heroic, than Vienna Salvatori.

Tempered by her new partner (and ex-law enforcement officer), Jexie Reagan and her recent escapades, the “former” assassin for hire is, this time, plunged into a labyrinthine corporate conspiracy full of the sort of devious double dealing and underhanded profiteering and scheming that big business and those who subscribe to its model, and worship at its altar, consider to be all in a day’s work. Over the course of three stories, our heroines (that’s Vienna and Jexie), accept an assignment  that, having been plunged into the confusing world of doubles and copies, sees them vowing to make sure that a new wonder drug is shared in the public domain instead of being harnessed for the benefit of shareholders and increased dividends. It’s a promise that throws them into conflict with sentient buildings and finds them battling their way through an “Apprentice” style reality show that comes complete with death, destruction and mayhem before finally entering the lair of the “beast” and facing a whole new set of unorthodox challenges on a world whose citizens can be anyone, and experience anything, they want to.  The odds are stacked against them and then some, but if there’s one thing that we’ve learned from her previous adventures, when it looks like the house is going to win and win big, you should always play the odds and bet on Vienna.

Equal parts “Slippery” Jim DiGriz and Takeshi Kovacs, Vienna Salvatori is a fantastic fusion of charismatic con-woman and ruthless killing machine, albeit one whose homicidal tendencies have been slightly reined in by Jexie.  Chase Masterson is brilliant as Vienna, a character who she has stamped her identity all over and made her own, and her burgeoning relationship with Jexie (played with gusto and glorious aplomb by Samantha Beart) has allowed both her, and the writers, to add extra depth to the role of the eponymous “hero”. Vienna Series Three explores and incorporates some fantastic, if a little odd, ideas which, at times, mirror reality a little too closely, but that said, do so in way that, much like the stories themselves, is always diverting and amusing. It’s clever, complicated enough to ensure that you never lose interest or are distracted by the numerous “shiny things” the world continually puts in your way, infused with a deliciously dark sense of humour and is, and this is the important bit, fun.  And you like fun, don’t you?  Good.  Then you’ll love Vienna…  Tim Mass Movement