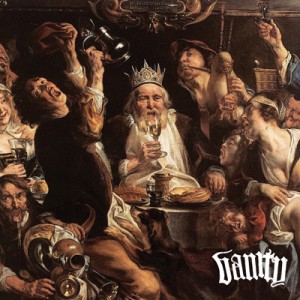 Vanity – Vain In Life LP (Rebellion)
This record is the result of a two-man project from NYC’s Evan Radigan and Colman Durkee, who are known from playing in bands like Rival Mob, CREEM and Natural Law. That’s the only mention of hardcore you’ll see in this review, as this record offers sixteen songs of boots n braces street punk rock power, nothing more nothing less. Think back to the proto-bootboy sounds of Slaughter & The Dogs, Chelsea, basically the early Chiswick/ Raw records sound, and Vanity have done a fine job of reproducing the style. There is minimal distortion on the guitars and the vocal styles owe a nod or two to NYC’s Templars, alternating between gruff shouting and clear singing and this works to great effect. There are touches of stright rock’n’roll and bovver glam rock here and there but by and large these sixteen songs (collecting their album and 2013 cassette) are pure ’77 inspired skinhead punk rock that is executed faultlessly. Tom Chapman