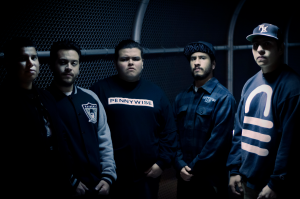 Los Angeles based hardcore/punk band Rotting Out has announced today that they will release a new EP called Reckoning on March 9th via Pure Noise Records.

Rotting Out’s upcoming record follows their 2013 breakout album The Wrong Way, which helped establish the band as one of Los Angeles’ new anchors in the thrash punk scene, recalling the aggressive spirit of influential acts like Suicidal Tendencies and Pennywise.

The band wastes no time on Reckoning. The record features five blistering tracks, three originals and two Circle Jerks covers, that manage to wreak uncontrollable havoc in just over 10 minutes.

Rotting out will be performing shows soon, including a U.S. co-headlining tour with Expire, South By So What?!, Southeast Beast Festival 2015, New England Metal and Hardcore 2015, Rainfest 2015 and the entire Vans Warped Tour.

Follow the band at www.facebook.com/RottingOutLA for news and updates.