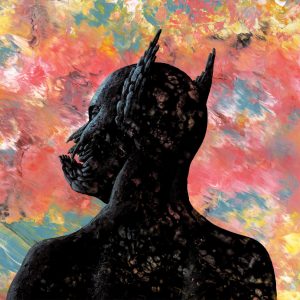 Of all the writers to have graced the annals of horror and mysterious literature, few are as celebrated as Howard Phillips Lovecraft. A man as complicated as the mythology he created, Lovecraft’s gift for language and his dark imagination have led to him being celebrated, and venerated, by generations of fans, so it’s strangely fitting that a label run by fans of the renowned authors work, Cadabra Records should devote their energies to bringing his most famous tales to eerie, magnificent life. Pickman’s Model, the latest of these releases is gorgeously presented in a deluxe gatefold sleeve complete with accompanying booklet and finds narrator Andrew Leman in fine form as he relates the story of Richard Pickman, an artist celebrated by the luminaries of Boston Society who spend their time engaged in such pursuits, and his uncanny ability to capture the likenesses of the demi-human creatures and things that lurk just beyond the veil.

Told from the perspective of one of his most devoted admirers, it charts the final days before the artist’s disappearance, as the narrator stumbles across Pickman’s dreadful secrets and nearly loses his mind in doing so.  Andrew Leman’s reading is riveting and fraught, and captures every ounce of the horror and creeping fear that the Lovecraft imbued his original tale with, as the gradual realisation of who, and what, Pickman is and has done, overwhelms the storyteller. Aided by Theologians ominous soundtrack that enhances the unease and trepidation that slithers unseen into the readers psyche, Leman’s performance of this underrated Lovecraft classic is both marvellous and genuinely terrifying and nearly flawless in its execution.  I say nearly, because as we all well know, perfection is that all too rare beast that no man living, or dead, has ever managed to capture, but this latest incarnation of Pickman’s Model is as near to that elusive monster as it is humanly possible to get. Ia! Ia!…   Tim Cundle