Warning: preg_match() expects parameter 2 to be string, object given in /var/www/vip4/sites/vip6102689/httpd/htdocs/wp-includes/formatting.php on line 4866
 My Life In Music... Richard Shaw (Cradle Of Filth) - Mass Movement
x
Spread the love 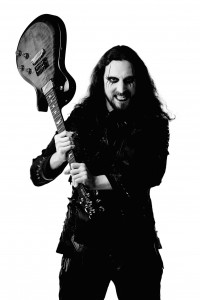 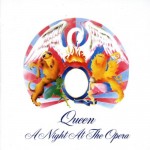 1. Queen – ‘A Night at the Opera’
This album (in particularly ‘Bohemian Rhapsody’) was the first album I remember listening to as a child and being blown away by the theatrically and bombast of rock music, especially the electric guitar. Everyone knows about the talents of the individual members, but there was something greater than the sum of its parts when it came to Queen. It didn’t matter what style of music they incorporated, you could tell it was them within seconds. I can’t think of many bands that have been able to capture that magic quite like Queen. 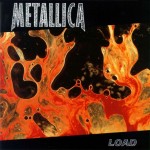 2. Metallica – ‘Load’
An odd choice for many Metallica fans. This album was the first time I heard Metallica and for me was the gateway into heavier music. After hearing ‘Load’ I delved into the entire back catalogue, giving me a glimpse into heavier music and an even crazier guitar style that came with the flashiness and precision of metal. 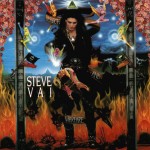 3. Steve Vai – ‘Passion and Warfare’
I bought this album after hearing ‘The Attitude Song’ on a covermount CD for Total Guitar magazine when I was around 12 years old, and then found the piece wasn’t on that album! Still, the playing style and progressive compositions acted as an avenue to a more progressive outlook on music. This album really started to show me what was possible on the guitar. 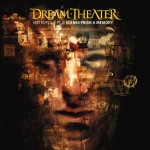 4. Dream Theatre – ‘Scenes From A Memory’
As a fan of Metallica and Steve Vai, I had never encountered a band that could combine elements of both. When I was 18 and studying at music school, all the guitarists were obsessed with Dream Theatre and I delved head first into their back catalogue. This album seemed to be the pinnacle for me. Combining all of the progressive elements, with the heaviness and theatricality I loved about metal, plus heaps of melody and a strong storyline that anchors the entire record. 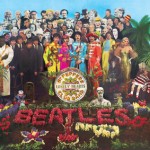 5. The Beatles – ’Sgt. Pepper’s Lonely Hearts Club Band’
After getting into Dream Theater, I started going backwards and discovering their influences. I always dismissed The Beatles for their early pop material, but after hearing this album from start to finish I began to understand the impact of The Beatles. The album, to this day still pushes the envelope, having no singles, an array of different genres, endless experimentation as well as some of the greatest songs ever written. Not many albums like it. 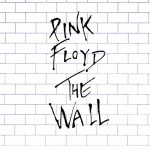 6. Pink Floyd – ‘The Wall’
For me, this could be the perfect album. Every song is so powerful, from a musical, lyrical and emotional level. Roger Waters delved into something so dark yet made it so accessible. Everyone could relate to the feeling of isolation building up track by track. David Gilmour’s playing on that album became a huge inspiration. I heard it at a time when I was obsessed with speed and technique. He taught me what it meant to convey a feeling with one note. 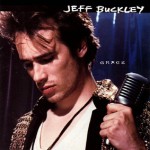 7. Jeff Buckley – ‘Grace’
After years of trying to find the most progressive and heaviest music, this album came into my life. For me, this album is one of the strongest from a song writing and performance perspective. Jeff’s performance on this album is sublime. Every word and note he sings left me (and still leaves me) in awe. So much emotion and sheer use of dynamics, something that gets lost in a lot of music nowadays. 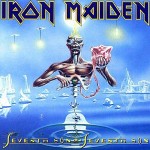 8. Iron Maiden – ‘Seventh Son of a Seventh Son’
I got into Iron Maiden at an early age. This album just has so many classics on it: ‘The Evil That Men Do’, ‘The Clairvoyant’, ‘Can I Play With Madness’ to name a few. Again, I’m a sucker for concept albums. I love an album that takes you on a journey. I think this album showed Iron Maiden at their most varied, really pushing their boundaries without sacrificing what made them unique in the metal world. 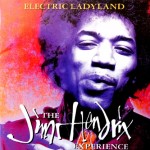 9. Jimi Hendrix – ‘Electric Ladyland’
What can I say about Hendrix? He’s Hendrix! This album is another album that for me really pushes boundaries musically, taking you on a journey through Hendrix’s mind. He was the greatest pop/rock star of all, because he could include pop singles on his albums alongside bluesy jams and ethereal 18 minute epics, and it doesn’t sound pretentious because that is who he is. He doesn’t do it any other way because to him, there is no other way. A genuine artist. 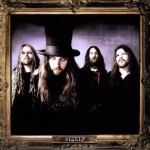 10. Bigelf – ‘Cheat The Gallows’
This is the most recent album in my list and I truly believe this will become a prog classic. Damon Fox is a genius. The songs are simply incredible and combine all of the elements of all of my favourite bands. They are another band that can have singles like ‘Superstar’ and ‘Money (It’s Pure Evil)’ that work so well alongside epics like ‘Counting Sheep’ and ‘The Gravest Show on Earth’ and they make part of the bigger picture. They truly are a band that deserve more recognition.