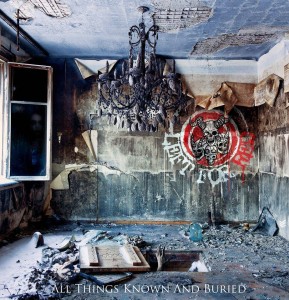 Left For Red – All Things Known And Buried (Burning Halo / SaN PR)
I can’t really hear the Pantera or Down influences other other media outlets are talking about. Left For Red is not that ‘in­your­face’. Or something must have gone wrong in the production. I do feel the soul of Tool on the band’s debut album, which get nicely linked to old school hard rock solos. The band could use some Pantera though, to make it more dangerous as I am not entirely convinced about this young English band yet. Songs, sometimes reminding me of a very slow Ignite, just don’t really seem to take off, not even when the occasional scream gets thrown in the mix. Some work need to be done here. Martijn Welzen