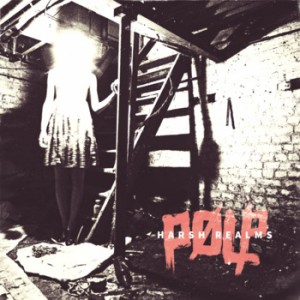 Harsh Realms – Polp (Shield)
At some point in music history punk grew up. It wasn’t all about fun and / or anarchy anymore, but became deeply heartfelt. One expression of this was via a more serious, raspy way of singing. I can mention Hot Water Music for one, and everyone keen on punk knows what I mean. Harsh Realm are cut from the same cloth, but the fabric has worn a bit thin over the years. The vocals are not powerful enough, and songs tend to sound like onne another. It’s by no means a bad record, but comparing this to contemporary releases from the Shields roster, like Sweet Empire and Wank For Peace, it falls behind quite a bit. Martijn Welzen