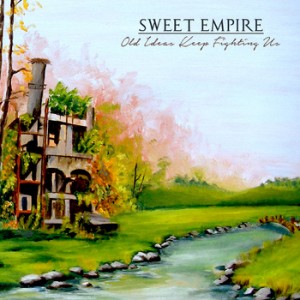 Sweet Empire – Old Ideas Keep Fighting Us (Shield)
Sweet Empire bring us punk rock with a special edge. Over the course of years they have made this edge their own. Based on a Descendents background, you can also find pure 7 Seconds influences in almost every song. That typical blend of singing and talking that we know from Kevin Seconds works very well for this young band. This mixture of bits and piece from diverse legends make Sweet Empire jump off the punk rock map in a way I have not seen very often, at least not in the Netherlands. ‘Old Ideas’ is the natural follow up to ‘This Season Needs Torches’ (2011), but that, their debut full-length, wasn’t nearly as exciting as this one. Martijn Welzen