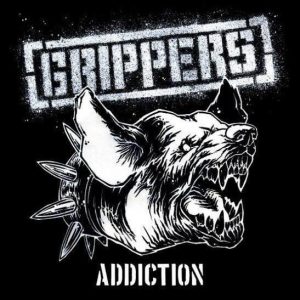 This is the debut album from female fronted Madrid punk rockers Grippers and all in all it is a pretty cool statement of intent to the world. Featuring 11 songs of high energy music, as the album unfurls you realise that there is quite a depth to the Grippers. Initially you focus on the gritty sound that is rough and ready and I was reminded of the likes of Plasmatics or Distillers as you hear plenty of attitude ooze out of the speakers. One thing Grippers have in common with those legendary acts is a fiery singer spitting out the words, but musically they forge their own path. There are a couple of obvious inspirations – if the song title “Let’s Go” doesn’t give the game away then I can tell you there are touches of Rancid here and there, especially with some serious runs up and down the bass fretboard. But overall Grippers have done a great job of establishing their own sound and delivering an album’s worth of punk rock energy. They’ll be appearing at this year’s Rebellion festival so if you’re there their performance will be well worth checking out. Tom Chapman