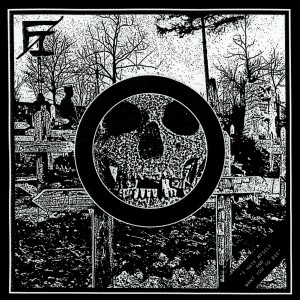 “I am invincible” cries Boris Grishenko triumphantly in James Bond’s “Goldeneye”, just before being frozen alive by a vat of liquid nitrogen. Let’s hope this US band fucking invincible fare better than their Russian counterpart! With 8 songs in 7 minutes, this is super-charged, super-pissed no-frills hardcore. Pretty reminiscent of 90’s hardcore meets powerviolence, think the likes of Left For Dead, C.R., Despise You and the rest, although when you read that this band features members of Daughters and Drop Dead the musical style should come as no surprise. Fucking Invincible easily switch from the slow sludgy parts through to blast-beats, pausing for a nod at traditional hardcore every now and then. There used to be a million and one bands playing this style but nowadays this is something of a rarity. The sound is clear and loud without being over-produced. These guys would have been perfectly at home on any one of a number of compilations that Deep Six, Theologian, Pessimiser or Slah A Ham records used to fire out of the pressing plants, which should give you a good idea of the style and high standard that is Fucking Invincible. Bombs, guns, liquid nitrogen – these guys have the musical weaponry to crush all enemies!  Tom Chapman