Anyone who knows my fun/crazy/hobbit-butt knows that I will talk to a complete stranger and chat them ad nauseam about my favorite subject: MUSIC. After listening to my favorite band, In This Moment’s new album Black Widow, I never wanted to chat a stranger up more about the people behind the scenes.

One song in particular that stabbed me right in the heart was The Fighter. So after tears and chills I ran to the square plastic CD case. One of my favorite parts of buying the actual CD is the liner notes. This is where you can get all the great information to face-stalk the builders of that particular album (insert maniacal laugh here). I pull out the booklet noir and in a nerdy cop-like inquisitive fever, I skim through to see the facts about who wrote this beloved song that I brandish in my heart like a sword and shield. I noticed there was a co-writer on this song that wasn’t on any of the other songs, so I searched for Nick Helbling. I mentioned it to Zero Signal’s own Jim Dodge, and now here we are, my first official music interview. No rotten tomatoes until I’ve had my wine please, thanks.

MM: Nick, what did you want to be when you grew up?

Nick Helbling:  As a young kid I used to dream about having a son who was the greatest baseball player of all time. I kind of skipped the part about what I would be doing personally and focused on career highlights for him. 900 homeruns is no joke.

I do remember often thinking “When I’m a teacher I will _______”… I don’t remember making some decision I would be a teacher, but I would have thoughts like that. It makes sense though because even though I chose the entertainment industry, my goals involve using marketing techniques to subconsciously teach things that have helped me in my life…. those plans might become obsolete though depending on how soon people will be downloading information directly to their brains with Firewire cables 😉

MM: How did you become a songwriter?

Nick: I grew up in a musical family so I was always around music. The first song I wrote was when I was maybe seven years old. We were driving to Texas from California and there was a store called Stuckey’s along the way. I started singing “Stuckey’s is the best o’clock, the best o’clock there ever was… Goooo Stuckeys!” I still remember the melody.

MM: What do you want everyone to know about your songs?

MM: Did you have any shitty jobs that helped support your aspirations?

Nick: I have worked a ton of different jobs and all of them supported my aspirations. My first job ever was vacuuming a giant office when I was fourteen where I learned how to write proper melodies over the hum of the vacuum. Prior to that I had a band in which my melodies would just follow the guitar. The vacuum hum was one note, or a “drone” so I would experiment with finding different notes that harmonized with it and the result was melodies that sounded like they were straight out of India.

I was always in my head writing songs and visualizing my future at every job I had, I spent many years working for a good friend of mine which gave me the freedom to pursue music as hard as I have.

MM: Do you remember the first moment where you were like WHOA I am actually doing this!?

Nick: Yeah… RIGHT NOW, in this moment as I do this interview. 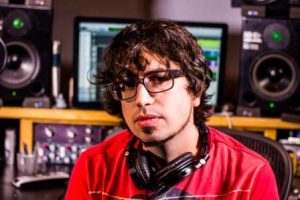 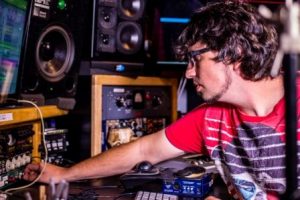 MM: What are some bands you’ve worked with?

Nick: Most of the writing and production work I do is with solo artists and not bands. I am starting to write and produce with bands now, but before this I was mostly editing and programming for bands like Papa Roach, Five Finger Death Punch, Gemini Syndrome, and Hell Yeah, anyone else that Kevin and Kane Churko were producing.

MM: How did you hear of In This Moment?

Nick: They were working with Kevin and I was hanging out at the studio.

MM: I know that you co-wrote the song “The Fighter” on Black Widow, the newest album from In This Moment, with Maria Brink, Chris Howorth, Kevin Churko and Michael Spadoni. How was it working with this team, and how did you feel when you heard the finished product?

Nick: It was amazing working with this team. I’m not gonna lie… when I first heard the finished product it brought a tear to my eye and gave me goosebumps.

MM: How did “The Fighter” come into being? Did you just throw your song on the table and say use this…and how did it work its way into the album?

Nick: Several years ago I decided to give up on music and find a “safe” career choice. I was completely depressed during this time and after a couple weeks of not writing, at my absolute lowest point of my life I walked into the garage where Michael Spadoni was playing piano and ended up flowing the seed of what became” The Fighter”. The lyrics at the time were negative and depressing, but I always thought the melodies were worth keeping, so when I knew In This Moment was coming to do another album I added some new melodies, worked out a piano part with Spadoni, and wrote temporary new lyrics that were more empowering. I knew Maria wouldn’t sing anyone else’s lyrics, but I wanted to at least make it something she could connect with. Kevin eventually showed the band the song idea. They connected with it and turned it into what it is today.

The experience gave me a new writing technique, which is to write ideas while in a negative mind state and then rewrite the lyrics to be positive. My theory is that people who are going through hard times will connect with the melodies that were written in that state of mind, but then hopefully start feeling better because the lyrics are constructive instead of destructive. People tend to listen to sad music when they are sad, which only adds to the sadness. However, if the lyrics offer a solution, then maybe it can help cheer them up. Or maybe I’m just over thinking it and hey look an ostrich!

MM: Are there any particular rules/rituals/requirements for yourself when writing/recording?

Nick: Yes. To not have any rules/ rituals/ or requirements. Half Joking…

In my experience I write my best songs when I don’t try, but I do have to take certain things into consideration when I’m hired to write for someone else. I have to make sure to keep the song within their vocal range and make sure the tempo is appropriate for their genre, etc. There’s a lot of different things to consider like that which is why it’s harder to write for someone else. 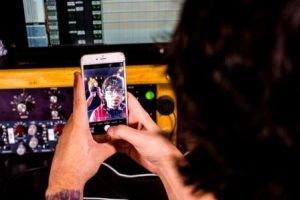 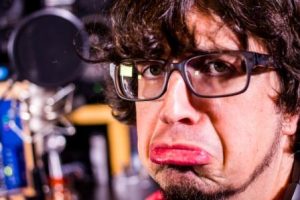 MM: What do you do when you get writer’s block?

Nick: I made a decision a few years back that I could not let writers block be an issue for me if I wanted to reach my goals. So I figured out several alternate methods to write a song. I can’t give all my secrets away but they involve pattern recognition and data 😉 I am definitely more likely to get stuck on a lyric than a melody, but I don’t think it’s writers block as much as just not being at the level I want to be at yet in regards to writing lyrics for other people.

MM: What song or maybe which top five songs make you go, “HOLY SHIT BATMAN!!”, I wish I wrote that!!”?

Nick: Hmm… I don’t think I’ve ever had thoughts like that that but if I did it would probably be” Imagine” or “Bohemian Rhapsody”… or basically anything by The Beatles, System of a Down or Eminem.

MM: Was there a time in your career where you wanted to just request a “Cone of Silence”? Giddypreteen school girl scream and all?

MM: As of November 22, 2014 ASCAP celebrated their 100th birthday. In light of Black Widow being leaked before its release, how do you feel about modern media and the way it affects songwriters such as yourself?

Nick: Black Widow was leaked? I didn’t even know.

I love how everyone has the chance to get their music exposed to the masses now with tools like YouTube and iTunes etc… of course it would be fun to make the kind of money people were making when CD sales were so huge, but it’s pointless to waste any time thinking about things like that. I like the uncertainty right now of where the music industry is going because it opens my mind to the possibilities of what can be next. I’m currently producing the debut Spadoni “album”. He’s an amazing artist/friend, and co-writer on “The Fighter”, with a grand vision for music involving virtual/augmented reality. Our goals would probably sound too farfetched and delusional to most people which is why I know we’re on the right track.

Nick:  None of the above. I love Berry Bling, my amazing wife, personal A&R agent, best friend, and perfect mother of our son. She’s stuck with me through the hardest times while I pursue something where having talent, skill, determination and an insane work ethic means you might have a .001% chance of having success. So she’s my favorite Berry in the bushel. 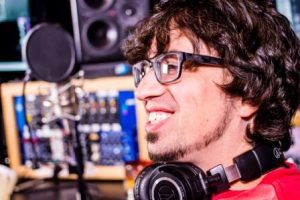 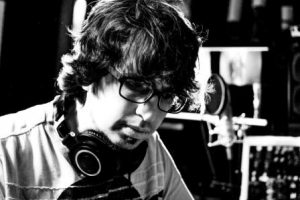