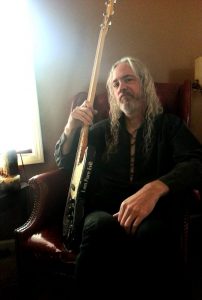 Way back in the dim, dark year of 1994, my best friend Jeremy Wells and I went on a magical journey to the land known as NOLA. Our goal was to see the legendary band Danzig live at the State Palace Theater on Canal Street. Fronted by Glenn Danzig, former singer for horror punks The Misfits, with John Christ on guitar, Chuck Biscuits on drums and Eerie Von on bass, Danzig was a bluesy metal band from the dark side and we loved them unconditionally. The show’s openers were Godflesh (who we hated) and Type O Negative (who we loved, after we saw them live). Finally, it was time for Danzig to take the stage. We got one ugly surprise when the drummer turned out not to be Chuck but we quickly got over it due to the amazing performance given by the band. They ran through fan favorites and new songs with equal mastery and it was truly blissful. Our only regret was that we hadn’t gotten into the mosh pit and pressed ourselves against the stage. We left in a haze, our ears ringing, with songs about evil women, demons and all sorts of devilish delights playing through our heads. We were destined to follow these dark stars forever. I had no idea, at the time, that I would one day get the chance to meet Glenn Danzig (this is a story for another time) and eventually to interview Eerie Von for a magazine in which I was co-creator and co-founder. EERIE VON! I learned a lot while I was doing research for this interview and I learned even more from Mr. Von himself. What follows is a brief, yet insightful, stroll through the life of one of the most iconic bass players ever to play heavy metal. Here are

MM:  You’re a photographer, a musician, an artist, a former radio co-host and a writer. Is there anything you can’t do?

Eerie Von: There are many things I can’t do. I am a pretty good song writer after all these years, but I wish I was a better guitar player. I’d like to play piano but I have little patience for that. I liked doing the radio show for 8 months, that was a blast.

MM:  When you formed Samhain with Glenn Danzig you switched from drums to bass. What prompted that decision?

Eerie:  I tried to do drums for Samhain, but Glenn wanted stuff in different timings, and I sucked at it. He said I should play bass, with my being a ham and all, thought I should be out front, so that’s what I did.

MM:  Chuck Biscuits always came across as a goofy character whereas the rest of the original Danzig line up seemed more serious. Was he ever annoying or were his antics more representative of what the rest of you were like behind the scenes?

Eerie:  Chuck has been and always will be a character. I loved him for that. He was never annoying, but often dangerous and we needed that. He was never goofy when it came to the music, he was always very serious as were we all. If you knew us the only thing we took seriously was the music. Other than that we had a lot of laughs.

Eerie:  Oh when Biscuits left, then John, it wasn’t gonna be fun anymore. We had built a real strong band, and without them I felt lost. I still loved Glenn but I could see he needed to go somewhere I wasn’t gonna follow. I think us leaving was good for him.

MM:  Have you kept in touch with any of the other guys?

Eerie:  I have. I talk to Chuck and John now and then, and keep tabs on the crew guys I became friends with, as well as the other Misfits guys, like Jerry and I am still good buds with Doyle.

MM:  Have you ever considered rejoining Glenn in the studio or on stage or has he ever asked you to come back?

Eerie: Music wise me and Glenn are worlds apart except for the blues. I haven’t done the many Samhain reunions, ‘cause the original guitar player isn’t involved. I would love to do a new record some day with GD, Chuck and John. I ain’t much for just playing the hits, but to do a new record with those guys would be awesome.

MM: Your bio says you’re currently working on a book, a documentary and your sixth solo album. How do you find the time to juggle so many projects?

Eerie:  I’m a lazy artist, and wait on inspiration. I paint, I write, and I try to satisfy the many fans who write me, asking some of the same questions you have asked. I have a few irons in the fire, and will put things out when the time is right. 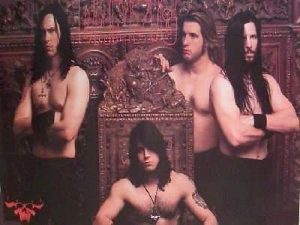 MM:  Looking back upon your career, do you have any major regrets?

Eerie:  None. I am proud of the records and the shows, and the many fans we made happy. I get emails every day telling me how much the music means to people. That never gets old. I am very happy supporting the legacy.

MM: What would you do differently if you knew then what you know now?

Eerie:  I may have been more careful with contracts, and maybe would have not pissed so many people off in the business, but fuck it. I was in the best band, and fuck you if you didn’t like it. I wouldn’t change a thing about the music or the friends I made, and the things we did.

Eerie:  I still listen to punk and hardcore, blues, country, big band stuff, classical, a whole bunch of different shit. I find inspiration in all music.

MM:  Did you ever get married or have any kids?

MM: What’s the worst thing about being Eerie Von?

Eerie: I guess it’s just as bad as being anyone else. I’m cool.

MM:  Do you dress up for Halloween or is being Eerie Von enough to scare the trick-or-treaters into therapy?

Eerie:  Yeah I hand out candy, give the kids masks when they have none, and play spooky music on the porch, carve pumpkins, and just try and remember why it was so cool to get free candy and then remember the ones who we lost, and wait for them to come and hang with us. I don’t have to scare the kids, I scare the adults everyday…