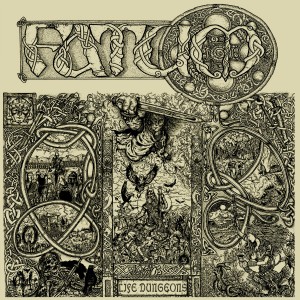 It’s probably worth mentioning that the thanks list on this album mentions “all the people worldwide who support CRUST!”.  The whole album is very much a tribute to the big names of the past, but with a modern twist. The artwork is very reminiscent of releases from the likes of Amebix, Axegrinder or Deviated Instinct, detailed line drawings of skeletal warriors, marauding vikings, swords and other instruments of war. Lyrically Fatum condemn the state of modern society and its associated ills. And onto the music, which too is a reflection of all of the above. Similar to the likes of Hellbastard, these guys have fused together the primitive punk sounds of Discharge with the metal fury of early Venom, Slayer and Metallica. With a drawn out intro and instrumental interludes, this could be classified as “epic crust”, culminating in the mammoth album closer “The Man Behind The Sun”. Fans of any of the above should seek this one out. Tom Chapman