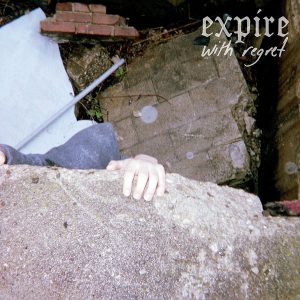 And now, the end is near and it’s With Regret that Expire have decided to sign off, forging their last will and testament from their collective fury and fire and releasing it into the scene before embarking on a final set of shows and tours that’ll see them bowing out for good sometime in late 2017. With Regret is a raging beast of an album, full of vitriol, venom, energy, anger and raging songs that you’ll be singing along with, and to, in next to no time. Whatever the reason they’ve decided to hang up their guitars and microphones is, it certainly isn’t due to a lack of ideas, because this record is a kill happy, Hardcore weapon of mass destruction that’s locked, loaded and ready to go toe to toe with the best of them. Hell, if it can light a spark in my cold, dead middle aged heart and make me want to dance the night away in a pit, it’ll almost certainly do the same for, and to, you. Oh, and if you get the chance to see them on one of these last tours, seize it with everything you have and go check them out because once they’re gone, they’re gone and that’s that. Adios amigos, you’ve gone out on your own terms with all guns blazing… Tim Cundle