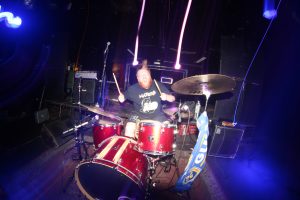 It’s not really a huge secret, it’s a well-known fact that I really love football. I’m going to write about my love for Guiseley AFC. We are a football club based on the outskirts of Leeds, who play in the Vanarama National league (the 5th tier of English football.) When we earned a promotion in May 2015 it was a massive step for the club. It was the highest league that we’d ever competed in. Having suffered absolute heart ache for a few years before then, we came within minutes of earning a promotion at Telford and Altrinham before conceding late goals. It looked like we’d done exactly the same at Chorley where we were 2-0 at half time. What happened in the 2nd half of that match might be the best 45 minutes of my life. We pulled it back to 2-2 and when that 3rd goal went in you have never seen scenes like it. I ended up at the front of the stand and over the little white wall onto the pitch, as did a handful of other fans in their celebration.

Supporting Guiseley has been fairly tough since then. We were always going to struggle in a league like this. We are only a very small club and for us to be completing with teams with rich Football League history. But you whole point about supporting and loving a club like Guiseley is that you stick with them through thick and thin.

It’s been hard to make it to many matches this season for me though, because we’ve been on the road since August. Touring makes it very difficult to be at home when matches are on, but every Saturday I have my little score app up and follow their live commentary on Twitter.

The next home game I’m probably going to be able to make it to is the home game against Macclesfield which is right before our UK tour in support of our new EP ‘SAD’. We’re heading to Canterbury, Exeter, Bristol, London, Leeds, Glasgow, Edinburgh and Portsmouth.

If you haven’t already bagged yourself a copy of SAD you can find it online at kamikazegirls.bandcamp.com. If you ever fancy coming along to a Guiseley match, you’ll find Conor hanging out in one of the terraces screaming his lungs out.