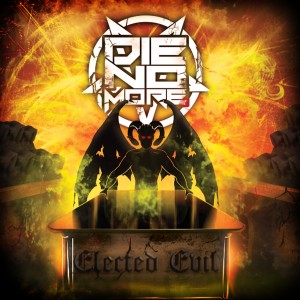 Die No More – Elected Evil (Rocksector)
Back in 1988 shortly after the band had released ‘…And Justice For All’ Metallica ran into a wall. Hard! The impact made their DNA split. One part, still called Metallica, went on to record several highly successful albums, which gathered mixed reactions. The other part crept under a rock and stayed there for about 20 years. Die No More’s first ep ‘Blueprint’ already showed its genetic heritage, but with ‘Elected Evil’ it’s all systems go. Not a pure thrash record, which ‘…And Justice For All’ wasn’t either, but a deliciously stomping, rocking album. While ‘Elected Evil’ wears its influences on its sleeves, one cannot get past the fact all songs make sense and with the addition of tiny bits of Megadeth, Anthrax and touches of the rich British metal culture, Die No More come out a winner. Martijn Welzen