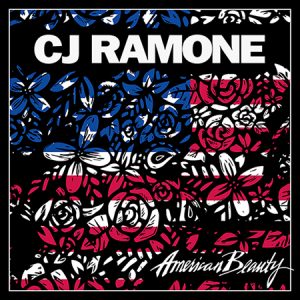 Those of us who are fans of The Ramones are well aware of CJ’s place in the legend of these brudders from Queens but not all of you may be aware that he has been building a legend of his own since the retirement of the best punk band of all time. Since The Ramones stepped off the stage in the 90s CJ has kept rock music alive with Bad Chopper, Los Gusanos and most recently with his solo work. His second solo release via Fat Wreck Chords, entitled American Beauty, is a wonderful addition to his discography. He gives a few gracious nods to his days in the band with Joey, Johnny and Marky but also draws upon other influences in order to develop a sound that is pure CJ Ramone. The coolest, in my opinion, homage to The Ramones occurs in the horror punk track Girlfriend in a Graveyard where he says ‘…in a garden of serenity,’ Garden of Serenity being a deep cut from 1987’s Halfway to Sanity, not a song you usually hear played on the radio. There is also Tommy’s Gone, an ode to Tommy Erdelyi, the last of the original Ramones who died in 2014. The fun doesn’t stop there as there are a total of twelve songs on the track list and they all freakin’ rock.  From hard driving punk rock tune Let’s Go (a CJ original not the Ramones tune) to Marty Robbins approved song Pony, American Beauty is exactly what the title leads you to believe it will be.  Jim Dodge