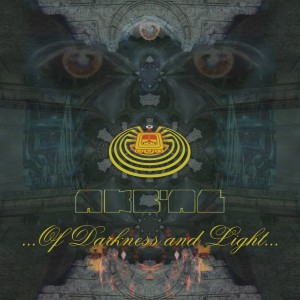 Akb’al – Of Darkness And Light CD (DIY)
A hell of a lot of work has gone into the creation of this album. Rooted in progressive metal, Akb’al take you on a voyage of soundscapes, and it’s quite a journey. You can hear inspiration from all over the place, both geographically and in musical genres – the culmination of band founding member Michael Young-Temple’s experiences gathered having spent time travelling the world. This works as an intimate musical picture of those observations and like those travels, it needs time to unfurl. The songs on here are up to and over twelve minutes long, and the band draws you slowly into their universe. Names like Tool, Coheed & Cambria or Nine Inch Nails spring to mind but these are passing phases as Akb’al sounds like Akb’al, and none of the above. I would call this a sonic experience rather than a rock album, which initially demands an investment in time and emotion from the listener, but ultimately offers rich reward. Tom Chapman