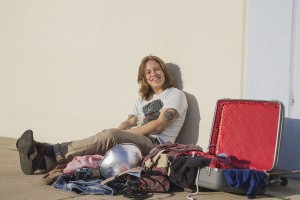 Beloved rock act You, Me, and Everyone We Know have announced the signing with
Rude Records for the release of their upcoming EP, Dogged, scheduled for March 17th.
Announcement was made by front-man Ben Liebsch in a far-from-conventional video posted here this morning, together with the pre-order launch on iTunes (with instant download of first single ‘Does It Amaze Thee?’) and on Rude Records store.

Prior to the announcement, the first single “Does It Amaze Thee?” (released in advance in the USA only) has been picked up by Spotify, included in New Music Tuesday and has grown an incredible buzz around the world (it got over 160.000 plays in a few days just thanks to Spotify shares). Single can now be heard (together with a brand new lyric video) here!

YMAEWK front-man Ben Liebsch has had his share of ups and downs in his near-decade long career as a songwriter and performer. Yet after years of struggling with addiction and mental issues that almost cost him his band and life, he’s emerged this year with one of his best records to date, Dogged.

On his latest effort, Liebsch reflects on those tumultuous times with honesty and vulnerability on tracks like the newly released single, ‘Does It Amaze Thee?’, which looks back at one of the darkest times in his life.

“’Does It Amaze Thee?’ is a reflection on where I was at the time I wrote it” states Liebsch “Suicide had entered my mind recently after several months of spiraling downward at a job with no bigger purpose and I was growing concerned. I was looking at my life and wondering whether I’d really come as far as I thought. The same ghosts still haunted me and 20 years of this had grown frustrating. A lot of this record is about my reflections on my life during a time of suicidal ideation”.

The EP opens with the minute-long rager ‘Raise Them Bones’, named for a Swamp Thing comic book and tackles the idea that scars heal, but never truly disappear. Next up is ‘Does It Amaze Thee?’, which is sure to be a fan favorite with its upbeat breakdowns and introspective lyrics about life’s big questions, like how we continue to pick ourselves up when we’re repeatedly knocked down.

“I’m just picking up where I left off. I needed to take time off to figure out who I was and what my motivations were in making music” Liebsch says of what he hopes to accomplish with YMAEWK “This band and its songs tell the story of my journey: one of an abused alcoholic with a penchant for depression and self deprecation, holding on to his misanthropically optimistic view of the world as he marches ever forward. I guess I’m just trying to show the world who I am, who we all are”.

Follow the band at ymaewk.com or on ruderecorz.com for further updates. 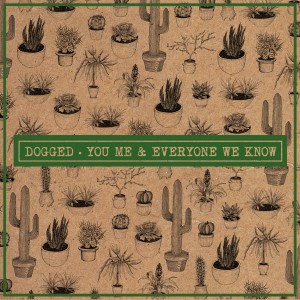 Dogged Track Listing:
Raise Them Bones
Does It Amaze Thee?
I’d Rather Be Sleeping
Eat My Hands
Brooks Was Here
A Pleasant Bummer
Galactus: Eater Of Donuts (International Bonus Track)