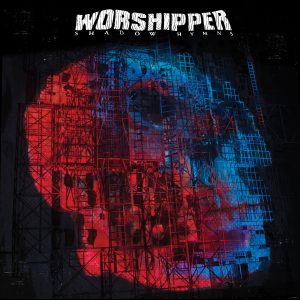 What if Black Sabbath had been an NWOBHM band influenced by seventies US Hard Rock, latter day Zeppelin and Sad Wings of Destiny era Priest, that had been touched by the hand of the behemoths of Prog? And what if they’d been fronted by a singer born from a splicing of Ian Gillan and Ronnie James Dio’s DNA and he’d been joined in his musical odyssey by a lead riffmaster possessed by the spirits of Randy Rhoads and Paul Kossoff, both of who were waging an eternal battle for control of his soul, and a rhythm section who’s raw power and ability would shame ever Glover and Paice? Then, what if said band were to release a record whose songs filled your mind with images of swooping dragons, demons, knights who battled with guitars instead of swords, V8 powered muscle cars and endless rivers of beer and sounded as if they’d been crafted by the hands of the metal gods themselves? That would be the stuff that dreams are made of, right? Wrong. That’s the stuff that Worshipper are made of, and that record that I was talking about? The one whose constituent parts would combine to fry your brain? That album’s called Shadow Hymns and its every bit as glorious as I said it was. In fact, it might even be better, as my poor broken cerebellum is still trying to process all of it’s magnificent, jaw dropping opuses. Long live rock’n’roll, long live Shadow Hymns and long live Worshipper… Tim Cundle