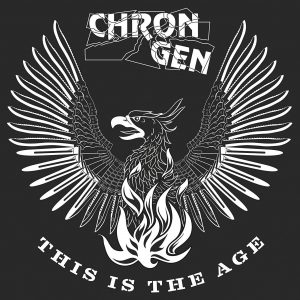 To say this one was a long time coming is something of an understatement, it’s only been 32 years since their last album hit the racks! I always had a soft spot for Hertfordshire punks Chron Gen – not least because at least one of them went to my school, but in their repertoire they had some absolutely huge tunes such as Outlaw or Too Much Talk which I still love to this day. They were definitely more melodic than peers such as The Exploited, Anti Pasti, Infa Riot etc and so I have to say I was hoping to hear more than a couple of hits on here. Well overall This Is The Age doesn’t disappoint, although it is definitely a record of two halves. On the one hand you have tracks such as Jump and Love This City which are sleazy rawk rather than punk rock – I know this style has a lot of fans but it just doesn’t strike a chord with me. However other songs like Ready to Overreact, Imagination or the big album closer I Don’t Care capture the melody and spirit that I was looking for. Anthemic tunes that bring the classic Chron Gen sound up to date that I will be listening to over and over. So it’s not a win-win situation for me, but plenty of top notch tunage on here to keep the punks happy and enough songs crafted to also keep the rockers more than merry. Tom Chapman