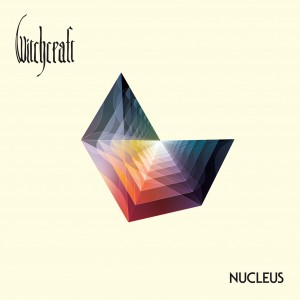 For some inexplicable reason I missed out on Witchcraft’s 2012 album “Legend” which helped expose these Swedes to a wider audience. I was a huge fan of their previous album “The Alchemist”. At that time they played a powerful blend of proto-metal and hard rock, with a big doom influence. The 2016 incarnation of Witchcraft features a fully revamped line-up, with the only constant being vocalist/ guitarist Magnus Pelander. This modern version of the band is a far doomier affair, with the folky hard rock sounds pushed back in favour of some serious Sabbath worship. The likes of Zeppelin or Jethro Tull are still acknowledged here or there but overall this has a darker feel to proceedings. Their calling card is Pelander’s distinctive vocal style – melodic, rootsy and ideally suited to the band’s style and vision. The production is surprisingly garage-esque, with the drum sound in particular being far more rough around the edges than the earlier slicker sounding records. This is not a criticism as the sound complement’s the Witchcraft sound, but it is quite different to the shiny polished sounds of someone like Ghost. There are some lengthy songs on here with both halves of the album drawing to a conclusion with 15 minute epics – this isn’t a record to be rushed into and on occasion really demands the engagement of the listener. Having said that there are some songs almost designed to please the more impatient amongst us, such as the single “The Outcast”. Overall a worthy addition to the Witchcraft discography and a good example of a band not content to tread musical waters. Tom Chapman