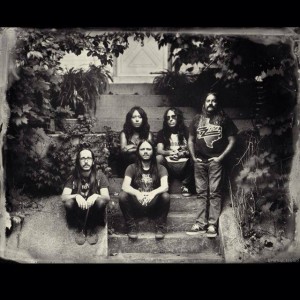 Richmond, VA psychedelic doomsters WINDHAND have entered the studio with legendary producer Jack Endino (Nirvana, Soundgarden, High on Fire). The band is recording their highly anticipated third full-length album at Soundhouse Recording in Seattle, WA. The currently untitled album will see a fall release via Relapse Records and promises to be their most ambitious record to date. The album will contain nine songs including titles like “Two Urns”, “Hyperion” and “Kingfisher”.

Additionally, the group has confirmed two Atlanta shows with Sleep this May.

Listen to WINDHAND via Bandcamp