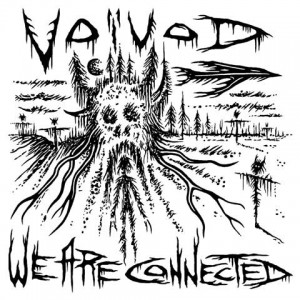 Split 7” EP with At The Gates out now

After an extensive and extremely successful North American tour together with label-mates Napalm Death, Canadian progressive metal pioneers VOIVOD have announced their long overdue return to European stages for May.

VOIVOD checked in with the following comment: “Here it is folks! See you in Europe soon! ‘We Are Connected’ tour! We are all very psyched about this trip!”

Here is an overview of the upcoming dates:

VOIVOD recently recorded a new song entitled “We Are Connected” for an upcoming and very special split 7Inch vinyl release with label-mates At The Gates, which was released as of April 6th, 2015 in Europe via Century Media Records. The EP is “Double A-Sided” (Meaning, each band has an own, reversible front-cover side!) and comes with artwork created for both bands by VOIVOD’s Michel “Away” Langevin.

Get it here from CM Distro before it’s too late: http://smarturl.it/ATGVVsplitCMD

You can alternatively also listen to ‘We Are Connected’ on Spotify here: http://smarturl.it/VoivodWAC

Or you can check it out in visual form on the Century Media YouTube channel here: https://www.youtube.com/watch?v=Kz7l9M5V5Ds

VOIVOD are currently working on further follow-up material to their critically acclaimed latest album ‘Target Earth’, which was released in January of 2013.