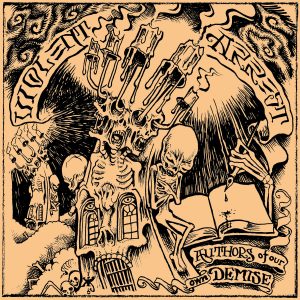 Yes I know I’m way late in reviewing this but I’ve had a lot on okay? An apt sample from 1984’s Repo Man provides the intro for White Suburban Punk a biting indictment on punks’ retreat into drunken apathy which is accompanied by a suitably short, sharp blast of Boston influenced thrash. There’s more of the same on the following five tracks; erudite lyrics addressing the political swing to the right in Europe, the illusion of democracy and the malaise of the masses are spat out over ferociously fast old school Hardcore with not a trace of metal infection. How the drummer doesn’t suffer from permanent leg cramps is beyond me. Anyone who says HC died in the early 80s really needs to listen to this. Essential.  Ian Pickens