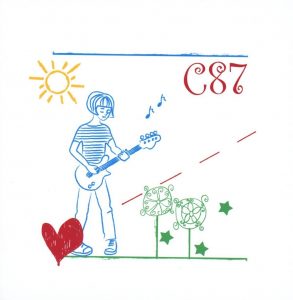 Back in 1987, while the whole “indie” music revolution was taking place, I was already fully immersed in the bludgeoning crossover and UKHC scenes, so for the most part the whole indie thing passed me by. That’s not to say that I wasn’t aware of it, I was, I had friends who loved the bands that were at the forefront of it, but I was too busy tape trading and discovering a worldwide Hardcore underground to pay any real attention to it. However, nearly thirty years later, this three-disc compilation, that borrows its name from the(in) famous NME C86 (or “Class of ‘86’) tape that was released in, yes, you guessed it 1986, is a perfect snapshot of the music made by the bands who did things their way and filled the independent charts the year after the NME’s cassette was released. It’s a strangely enjoyably nostalgia laden trip down memory lane, and it transpires that I must have been paying a lot more attention at the time than I thought I was as I recognise, and punk rock help me, and dig a lot of tunes on here. Like all compilations though, there’s highs (The Wonder Stuff, The BMX Bandits, The Dog Faced Hermans, The Wedding Present and a whole lot more) and lows (The Shamen, The Grove Farm and their small bretheren of equally awful musical offenders), but it does capture that moment in musical history perfectly and it’s hugely informative and painstakingly researched booklet is like taking a trip back to the eighties in a shoe gazing time machine. As it turns out, 1987 was quite a good year for music… Tim Cundle