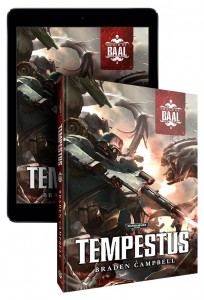 The largest tyranid invasion in history is here, and a desperate Imperium musters its defences to hold back the alien tide at all costs. The stage is set for one of the defining conflicts of the 41st millennium. Naturally, you can look forward to a host of action packed new titles, the first two of which are available now.

Tempestus – Hardback and eBook
Tempestus A Shield of Baal novella

As the massed tyranid fleets close in on Cryptus shieldworlds, the elite killers of the Militarum Tempestus are charged with a vital mission by the shadowy agents of the Inquisition.

Their goal is to capture a unique tyranid biomorph: a creature that may hold the key to victory over the swarm. 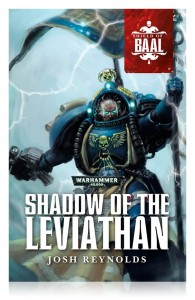 Chief Librarian Tigurius faces a new psychic monstrosity, and witnesses first hand the true scale of the malign intelligence that lurks at the core of the hive mind.