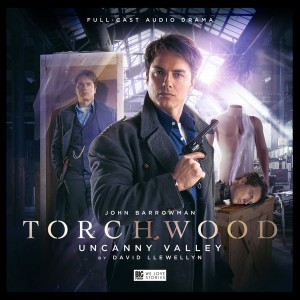 Jack Harkness has never been able to resist a mystery, especially when said conundrum reeks of The Committee’s foul touch and involvement.  When the formerly reclusive billionaire head of an arms manufacturing company re-enters public life two years after a devastating car accident which would have killed most men, Captain Jack instinctively knows something is amiss. How can a man return, with no lasting effects and seemingly in perfect health, from such an event? The more he digs, the stranger, more convoluted and dangerous the conspiracy becomes, until he follows the trail of bodies back to its source and arrives to confront a man who can be in two places at once; the same man responsible for the development, and production, of a weapon that could change the face of war forever.  Even though the meeting is destined to end in disaster, Jack has to know the truth even if it kills him. Which it, as it always does, inevitably will.

David Llewellyn’s conspiracy heavy tale of doubles, assassination, corporate intrigue, greed, unrequited love and the weakness and vanity of the rich and powerful is a compelling and darkly fascinating drama that explores the lengths Jack’s sworn enemies are willing to go to in order to achieve their agenda.  Turning everything up to eleven, John Barrowman and Steven Cree’s extraordinary performances ensure that they deliver every nuance and subtle, delicious detail of the story, while bringing the heart-breaking reality and tragedy of the situation that their characters are unwittingly caught in, to magnificent, mournful life.  Welcome to the future… Tim Mass Movement