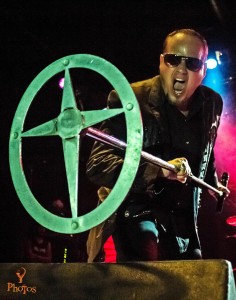 Ex Judas Priest, Iced Earth, Yngwie Malmsteen, Dio Disciples and Beyond Fear Vocalist Tim “Ripper” Owens is touring the UK in July. Grammy nominated Tim, backed by members of the band Sandstone, promises a setlist from the wide range of bands and projects he has been involved with including the likes of “Jugulator”, “Dead Meat”, “Abigail”, “Starting Over”, “Scream Machine”, “Cathedral Spires”, “Bullet Train”, “When the eagle cries”, “Diamonds and Rust”, “One on one” and more.

Tim said of his forthcoming visit to the UK – “Hey all, I am really looking forward to touring the UK, one of my favorite places in the world and I can’t wait to start”

Tim, loosely once the subject of Hollywood Blockbuster “Rock Star” (2001), starring Mark Wahlberg in the role of Tim and Jennifer Aniston, was the vocalist of Judas Priest following the departure of Rob Halford and went on to appear on two studio albums “Jugulator” and “Demolition” , as well as two live albums and a DVD before Rob rejoined the band in 2003. Tim then went onto join Iced Earth, appearing on “The Glorious Burden” and “Framing Armageddon” albums and later Yngwie Malmsteen’s Rising Force and is also a member of Dio Disciples featuring ex-members of Dio

Tim “Ripper” Owens can be seen at the following shows in July.