Keating, who directed the acclaimed ‘Wake Wood’ for the revamped Hammer label, offers another provocative and compelling twist on the pagan cult chiller, in which a young girl, Faith (Naomi Battrick), in an attempt to save her father’s life, makes a fateful pact with Sissy Young (Anna Walton) head of a sinister black magic coven. 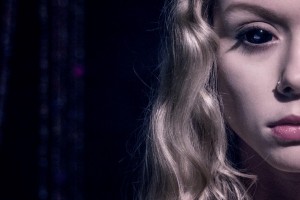 TALES OF HALLOWEEN is created by Axelle Carolyn and produced by Patrick Ewald, Shaked Berenson, Mike Mendez and Axelle Carolyn.
The guest line-up will be announced later but both films will be represented by cast and crew. 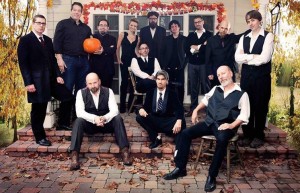 Alan Jones said today: We have never opened with an Irish production before. So we figured it was about time to put a sharp focus on all the sterling work the Irish Film Board has done to promote the genre. Over the years we have premiered DEAD MEAT, ISOLATION, DOROTHY MILLS, DARK TOUCH and THE CANAL, and CHERRY TREE follows in their fine tradition offering storytelling excellence, great production values and terrific casting, slathered with that appealing Emerald Isle quirkiness. The choice for our Closing night film was a no-brainer, Not only is TALES OF HALLOWEEN an absolutely terrific celebration of the October holiday, it also represents a potted history of FrightFest’s shining past due to much of the talent involved both on screen and behind it being our special guests over the last fifteen years. So sit back and enjoy!”

The full-line up will be announced on Thurs 2 July

This year’s event takes place at the Vue Cinema, Leicester Sq between Thurs Aug 27 & Mon Aug 31. Festival and day pass sales will go on sale Sat July 4 at 10.00am and will only be available online. Single tickets will go on sale on July 25. Full booking details will be announced on Thurs 2 July.
A festival pass will cost £185. Day passes are: Thursday £30, Friday & Saturday £60, Sunday & Monday £50. Single tickets will be £13.25.
Follow: @film4frightfest @cloutcomcouk