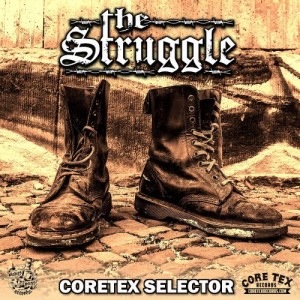 The Struggle – Core-Tex Selector 7” Single (Core Tex)
Oi Oi. Two tracks of rousing street punk from up North. Not sure exactly why, but for some reason it reminds me as much of American bands such as Reducers SF as it does home grown heroes such as Angelic Upstarts. Roaming, almost Ska style bass underpins the title track, with some strong sing-along choruses on both the title track and the flipside ‘Bore Me To Death’. Top stuff, now pass me a beer. Ian Pickens