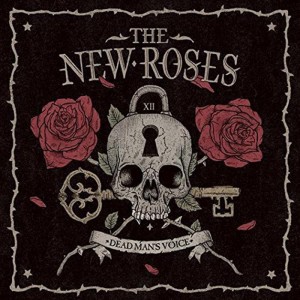 It’s been a long time since a hair metal, sleaze filled slab of 80s influenced rock made such an immediate impression on me. Germany’s The New Roses have really shaken things up with the release of their second record, ‘Dead Man’s Voice’. The comparisons of Guns ‘n’ Roses (during ‘Heads Or Tails’), Cinderella (in ‘Thirsty’), and Faster Pussycat are obvious, but at the same time, they don’t plagiarise any of those bands. The New Roses seem to have their own look that walks hand-in-hand with their energy inspired sound track of dirty rock guitars, gritty vocals and hugely infectious choruses. This is hard rock with feeling, hard rock with attitude and hard rock that’s completely addictive. The last rock album that was this electrifying, and this good, was ‘Appetite For Destruction’… Mark Freebase