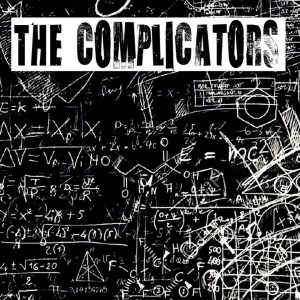 Imagine if Jack ‘Choke’ Kelly was the frontman for Ignite and then they, as a band, followed the Bruisers guide to song-writing to the letter, that band right there boys and girls, is The Complicators in a punk rock hardened, hardcore finished nutshell. Sounds good doesn’t it? Kinda like one of those dream bands that you talk about with your long-time scene buddies over a couple of beers in your local. Well, as good as they sound on paper, in the real world, they sound even better and if the three songs on this 7” are anything to go by, then when these chaps release their album, they are going to cut through the HC scene like a hot knife through butter and charge straight to the top of the punk rock mountain.  I’ve woken up, I’ve pulled my boots on and I’m ready to go…  Tim Cundle