Warning: preg_match() expects parameter 2 to be string, object given in /var/www/vip4/sites/vip6102689/httpd/htdocs/wp-includes/formatting.php on line 4866
 The Cannonball Run - Mass Movement
x
Spread the love 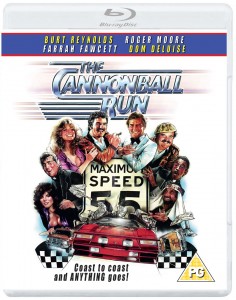 Based on the infamous, and illegal, ‘Cannonball Baker’ trans-American road-race, ‘The Cannonball Run’ was one of the last great Hollywood ensemble pictures that had reigned supreme at the box office for decades.  Like the race itself, the central plot is relatively simple. Gather a bunch of racers, outlaws, drivers and car fanatics together and see who can drive from New York to California in the fastest time. However, it’s human drama, played for as many laughs as possible, and the breath-taking cars and stunt work that make the beating heart of the film roar like a fine tuned V8.  See, director Hal Needham and writer Brock Yates actually took part in the ’79 race and based the film on their experiences; and while they undoubtedly expanded on what really happened, the fact that it was loosely based on reality, just goes to prove that truth really is stranger than fiction.

Yes, some of the humour has dated, and yes some of the language and the way that it portrays women isn’t going to endear it to anyone born after nineteen ninety, but nonetheless it has a rugged charm, and if like me, you’re actually from the eighties, then it still packs enough of an emotional punch to keep you glued to the screen for the duration of the film.  And pairings of Burt Reynolds and Dom Deluise, and Dean Martin and Sammy Davis Jnr. as rival racing teams doesn’t hurt it any either, as their onscreen chemistry, friendship and camaraderie is infectious, hooking you in and refusing to let go. Add Roger Moore playing a pastiche of Bond, Jack Elam as a swivel eyed, half crazed Doctor and Jackie Chan in one of his first US screen outings into the mix, and you can’t go far wrong. Oh, and then there’s “him”, but as JJ (Reynolds) says throughout, we don’t talk about “him”. “Him” just appears when he’s needed.  Which, fortunately, is most of the time in this crazy, laugh out loud, trip back to the halcyon days of feel good, escapist cinema. It isn’t serious, and it doesn’t take itself too seriously, but ‘The Cannonball Run’ is, still, a whole lot of fun.  Buckle up buttercup, put the pedal to the metal and get ready for the ride of lifetime… Tim Mass Movement