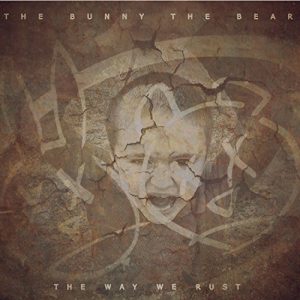 The Bunny The Bear is a band that has spent its career creating songs that defy genre classification yet embed themselves deeply into our hearts and minds sharing singer/songwriter Matthew (The Bunny) Tybor’s passion for his music with his swarms of devoted fans. Seemingly fearing nothing, Matt has blazed a path for his group with six albums and an acoustic EP, all featuring a surprising blend of styles that, while supposedly at odds with each other, work together to create a musical tapestry that is enthralling and inexplicable. From pop to metal, rock to country and all points in between and far out, this band is a crossover hit like none we have ever heard before. Now, revitalized, TBTB have exploded back onto the scene with a new album, a new Bear and a new label, all without a single disappointing moment. As a long time fan of The Bunny The Bear I am thrilled with The Way we Rust and with the way Needful Things has started a promotional blitzkrieg for a band that has been highly underrated for far too long. The main question that pops into my mind while listening to any TBTB album is this: is there any genre they won’t incorporate into their music? So far the answer is a resounding NO! So hop along to your favorite music store, brick-and-mortar or virtual, and add The Way we Rust to your collection today, before you have to lie and say you did. Jim Dodge