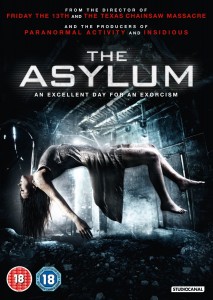 The Asylum – Director Marcus Nispel, Starring Stephen Lang, Kelly Blatz, Brittany Curran (StudioCanal)
The premise is by no means new – a group of teens eager for a party decide on an abandoned asylum where children were tortured by psychiatrists and nurses through electroconvulsive therapy and experimental exorcisms. The characters are formulaic – the wholesome guy (Patrick – Kelly Blatz), the unknown odd girl (Reign – Brittany Curran), the fat one (Knowles – Nick Nicotera), the jock (Brad – Brett Dier) and the slut (Amber – Gage Golightly). The plot is equally predictable – we know that a teenage party in an abandoned building is not going to go well, especially if it’s a place of past horrors. And indeed it does not go well at all. Bringing in urban myths and a Ouija board (more predictable mistakes by the teens) tells the audience all it needs to know. But – and this seems like the film’s biggest twist, it is hilarious. I could not work out of the acting was deliberately bad or if the one liners were made to be terribly delivered, but this is a very funny film. Even the death scenes are hilarious (and really quite original). Yes, there are a ton of clichés, blatant nods (or are they tributes?) to the original and best ever possession movie The Exorcist, and genre conformities, but The Asylum is definitely worth a watch – look out for it in the £5 section in Tesco. Claire Chapman