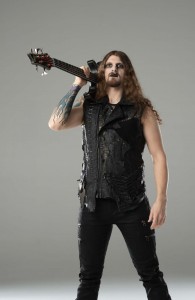 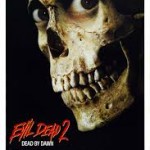 Evil Dead II
I was quite young when I first saw this film, catching it by chance on late night TV when a friend was staying over. I vividly recall the opening scene describing the Book of the Dead and the image of the sea of blood, and knew at the time that I was in for something unlike anything I’d seen before. The comedic elements mostly passed me by initially, as I was so entranced by the intense horror and gore. It was the beginning of my interest in classic horror, and the film remains one of my favourites of the genre to this day. 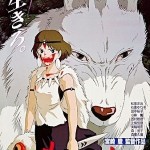 Princess Mononoke
I’m a big fan of many Studio Ghibli films, and this is the first of two I’ve chosen. I realise they’re not for everyone, but there’s something about their other-worldliness that really draws me in. The setting of Princess Mononoke is particularly vibrant, with interesting characters that blur the lines of morality, making for a very moving and entertaining environmentalist parable. 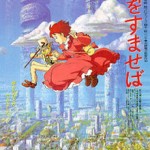 Whisper of the Heart
Whisper of the Heart is a lot less fantastical than Princess Mononoke, but focuses on artistic awakening and the creative process, emphasising the need to hone your craft. It brought me back to the time when I first started writing music, with all the memories of fevered excitement and late nights that came with it, as well as the great sense of potential in the future. 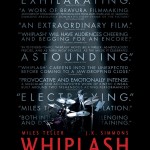 Whiplash
I find the message in this recent film a little more confusing, but still extremely inspiring. It illustrates well the pitfalls of dedicating your life to something so completely that everything else falls by the wayside, but also seems to suggest that such sacrifices can be necessary to achieve true greatness and immortality through art. Whatever the message, I walked away from this film with a renewed sense of purpose in my musical life. 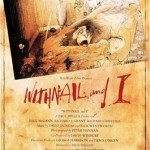 Withnail and I
This is my very favourite comedy and one of the most quotable films of all time. I know all too well the feeling of desperation that often comes with over-indulgence, and this film portrays it perfectly whilst remaining charming and absolutely hilarious. 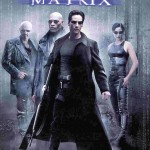 The Matrix
As is all too rare these days, I saw this film knowing absolutely nothing of the premise, and it was mind-blowing. The mystery of the opening scenes and the slow revelation of the nature of the Matrix were enthralling, as of course was the ground-breaking action, lent credence by a strong philosophical angle. This film will go down as one of the classics of my generation. 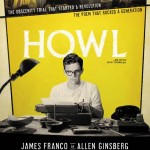 Howl
It’s probably becoming obvious that I’m a sucker for a tale of a tortured artist, and this one is told in a very unusual way. Part courtroom drama, part biopic and part lushly animated poetry reading, it tells the story of Allen Ginsberg’s most famous poem in a very stylish way. With themes of censorship and freedom of expression that resonate strongly in the world of metal, I found it gripping throughout. 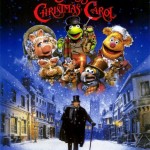 The Muppet Christmas Carol
I make a point of watching this one every December with some old friends of mine, and despite being aimed at children, I still find it very funny and heart-warming. Even amidst the frequent comic relief and silliness, the story of Scrooge’s redemption is at times deeply affecting. Backed up with an excellent soundtrack, this is easily my favourite Christmas film. 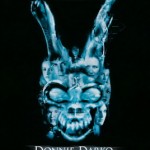 Donnie Darko
Donnie Darko is one of those films that keeps giving with each repeat viewing. I was left with a lot of questions at the end of my first watch, but the supremely creepy atmosphere and emotionally charged performances meant my enjoyment was unaffected by my uncertainty over exactly what had happened in this strange and bittersweet film. 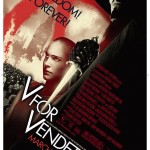 V for Vendetta
The therapeutic quality of this one can’t be denied for me, and it gives voice to many of my frustrations with the modern political world. As both a warning of a future that we’re perilously close to in many ways and a popular call to arms, I find it as effective as any other piece of art I know.