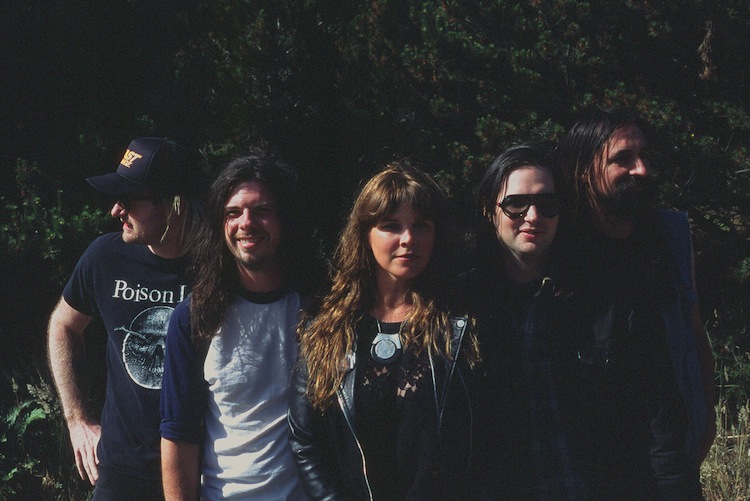 Christian Mistress are gearing up to release their new album, To Your Death, next Friday. In anticipation, this 8-song excursion in pure American heavy metal is streaming in its entirety, along with an interview with vocalist Christine Davis, now on Noisey.com.

Marked by the powerful vocals of Christine Davis and the rich harmonies of guitar duo Oscar Sparbel and Tim Diedrich, Christian Mistress is simultaneously relevant and anachronistic. Formed in Olympia, Washington in 2008, the band quickly distinguished themselves through their tasteful treatment of the grit and style pioneered by early 80’s NWOBHM as well as through the unique, raspy vocal presence of Christine Davis. After releasing a demo and a single in 2009, the following year saw Christian Mistress partner with Olympia label 20 Buck Spin to release their debut full-length Agony & Opium, an album that led Spin to claim that “Christian Mistress might rule the world.”

Agony & Opium eventually caught the attention of Relapse Records, who signed Christian Mistress in 2011. Shortly thereafter, the band recorded their second full-length album, Possession; a 41-minute slab of traditional heavy metal mixed with classic rock sensibilities. Released in February 2012, Possession netted the band widespread recognition, and was covered by publications as disparate as Cvlt Nation, MSN, and the New York Times. Time Out NY called Possession “a record that reinjects the mystery and majesty into a tired style,” and the New York Times praised the album’s subtlety and depth, stating that “at first you think you know exactly what the record is giving you; on the third listen you’re still discovering it.”

After relocating to Portland, OR, Christian Mistress has now returned with their new full-length To Your Death, an album that serves the song, the art, and the listener, while ignoring the line drawn between past, present and future. By now, it’s clear that Christian Mistress are deeply passionate about what they do, and aren’t simply following the latest trends – Terrorizer stated, “seriously; fuck a bandwagon, Christian Mistress feel like a one-band revival machine.” 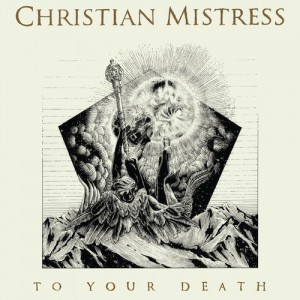