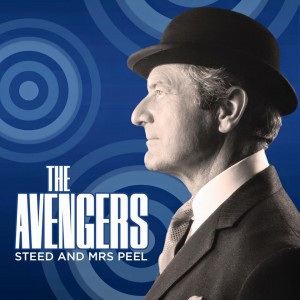 Big Finish Productions has signed a licence with STUDIOCANAL and DC Thomson to produce full cast audio productions of The Avengers comic strips published in Diana in 1966 and 1967. The eight episodes will be released over two box sets in April and November 2016, and will run alongside The Avengers: The Lost Episodes, which recreates the TV show’s first season.

“I’m so thrilled that we have been granted the opportunity to open a new chapter in our audio adaptations of The Avengers,” says producer David Richardson. “Working on these productions has been an utter joy, and it’s so exciting to step into the colour era of the show and to bring in another iconic figure from its rich history…”

Julian Wadham will reprise his role as John Steed, while Big Finish has begun the search for someone to play his sidekick Emma Peel.
In addition to the audio plays, the original strips will be reprinted by Big Finish in a single graphic novel in November 2016. “I was blown away by the strips when they were sent to me by StudioCanal,” says David. “They are gorgeous – the artwork is absolutely exquisite. So it’s wonderful that they can now be seen again 50 years on, side by side with the audio adaptations.”

The first three volumes of The Avengers: The Lost Episodes are currently available from www.bigfinish.com. Julian Wadham stars as Steed, Anthony Howell is David Keel and Lucy Briggs-Owen plays Carol Wilson. A fourth box set is released in July.

The episode Hot Snow from Volume 1 has recently been nominated for Best Thriller in the prestigious Audio Awards by the Audio Publishers Association. The winner will be announced at the Audies Gala in New York on May 28.
The series director is Ken Bentley, the script editor is John Dorney and the producer is David Richardson. The executive producers are Nicholas Briggs and Jason Haigh-Ellery.

All surviving episodes of The Avengers Series 1-6 are available on DVD from STUDIOCANAL. Series 4 has recently been released on Blu-ray in stunning High Definition.