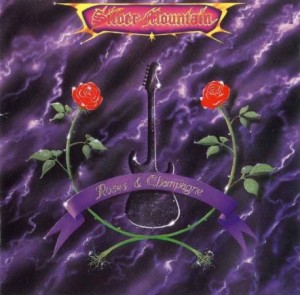 Silver Mountain – Roses & Champagne (expanded version) CD (HNE Recordings / Cherry Red)
Originally released in 1988 and with the band being heavily inspired by Ritchie Blackmore’s Rainbow, you can probably guess exactly how this will sound. Lovers of ‘trad’ and ‘classic’ metal will welcome this re-issue with open arms. The words Sweden, heavy metal, glorious melodies, ravenous guitars, will all instantly spring to mind as the notable tones of the golden years of the 80s ring out. Think Deep Purple meets Yngwie J. Malmsteen and you’re on the right tracks, plenty of fretboard frolicking and abundant harmonious choruses ‘Roses & Champagne’ just does not disappoint. One glance through the weighty booklet confirms it’s a trip down memory lane and with the serious tone of lyrical content Silver Mountain echo passion and feeling that will touch the souls of many a mature rocker. As well as the original nine tracks from the ’88 release we also get a collection of live songs from the 2010 Friluftsteatern gig, good quality and also airing a couple of distinctive ‘covers’. HNE Recordings proving once again it’s a worthwhile re-release. Mark Freebase