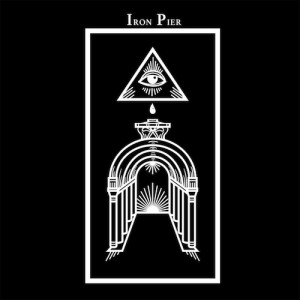 Iron Pier is excited to announce the label’s Fall 2015 Mixtape and to premiere a new song by Self Defense Family, “Alan,” from the forthcoming EP When The Barn Caves In. Also included in the mix, which is streaming now on Bandcamp, are recent songs by Wild Moth, Hollow Sunshine, Weed Hounds, Somerset Thrower, Deep Pockets, and another by Self Defense Family. Several songs have not premiered anywhere else or been available for free download. The mix is designed to be listened to like a mixtape from beginning to end and to have a distinct rhythm. Individual tracks can be streamed for free or the mix downloaded for pay-what-you-want. Any and all proceeds from paid downloads go to the New York Asian Women’s Center (http://www.nyawc.org/), a local non profit that aids women and child victims of abuse through shelters, counseling services, and other aid. Iron Pier is based in Brooklyn’s Sunset Park Chinese neighborhood and is co-owned by an Asian-American woman. The label’s owners feel a connection to NYAWC, the community NYAWC was started to serve, and the larger community it serves now.

“Alan” is the first song to surface from Self Defense Family‘s When The Barn Caves In EP. The two-song album was recorded with renowned engineer and producer J. Robbins (Jets to Brazil, The Dismemberment Plan, Promise Ring, etc.) and is the band’s first major output since Heaven Is Earth, their critically-acclaimed third LP released this past summer. Boasting two of the band’s most accomplished songs, When The Barn Caves In seems destined to become a signal release for Self Defense Family. Robbins’s production imbues the songs with warmth and size while the band lays down some of their most mature, personal, and emotionally wrought songwriting. When The Barn Caves In is due out November 27th as a 7” vinyl single, digital download, limited cassette, and with an accompanying limited photo book. The book features photos by bassist Kai Stone taken at Magpie Cage studios during the recording as well as on the band’s then-tour with Creative Adult and Makthaverskan. Stark but intimate, the book is a perfect companion to the record. Also packaged with the release is an apparel design created for the band by acclaimed artist Reuben Sawyer (Deafheaven, Chelsea Wolfe, Hollow Sunshine).

Self Defense Family on this record is Patrick Kindlon, Chris Tenerowicz, Benjamin Tate, Alan Huck, Mary Brulatour, and Kai Stone.
Recorded, engineered, and mixed by J. Robbins at Magpie Cage recording studios and mastered for digital and vinyl by Carl Saff.
Record art by Alan Huck and layout by Huck and David Vibert.