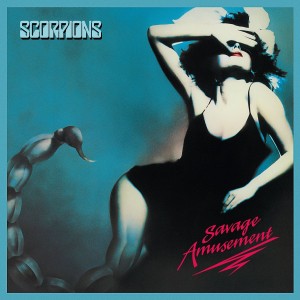 Originally released in 1988; another one of the Scorps albums is given the buffed up treatment for their 50th anniversary. After the hugely successful ‘Love At First Sting’ and ‘World Wide Live’ releases this last album of the golden 80s era was always going to be a tough one to get right. I personally hadn’t given it much attention upon initial release. However I was pleasantly surprised to find out how many of the songs were lodged in my subconscious. ‘Don’t Stop At The Top’ with its powerful chorus, ‘Rhythm Of Love’ with its slick guitar work and tranquil vocalisation, and the totally 80s anthemic ‘Passion Rules The Game’. It is certainly an album that was over-shadowed by its previous. Meine, Schenker, Jabs, Rarebell, and Buchholz were still on fine form and this collection of heavy rockers may not have the same impact compared to the above said releases, but it really is a good reminder of how good the band were at their peak era. Mainstream heavy metal packed full of fantastic choruses, fanatical guitar work, and echoing rhythms. Mark Freebase