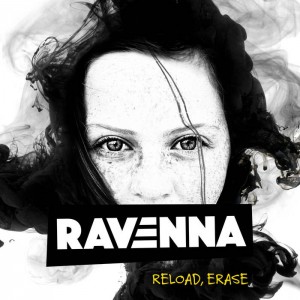 This five song EP is the debut record from promising new Dutch band Ravenna. These songs are their calling card to the word – listen up we are here and demand your attention. They  have got their work cut out though, they’ve gone for a very melodic style of music that is basically rock, with the odd punky/ alternative touch  here and there and there is plenty of competition out there if that’s your game. But Ravenna have a couple of aces up their sleeves. Let’s start with the ace of spades – the wonderful vocals of Heleen Tichelaar. Reminiscent of Kim Wilde, she has plenty of character and vocal range and really carries the tunes. They play their joker card on the opening song and title track, which is really the best song on here. It’s an instant singalong, think some of Ignite’s big numbers and you are on the right tracks, I’ve listened to this song back to back more than enough times since getting this download! My only criticism on here is that at times it feels like Ravenna are trying too hard to please or impress and with that songs like “Tomorrow’s Youth” they try and tick too many boxes – I’d be more than happy to hear them worry less about the tech and just let it rock. That is a minor point though as I am a sucker for what these guys do well and with the title track they have written an instant classic. Tom Chapman