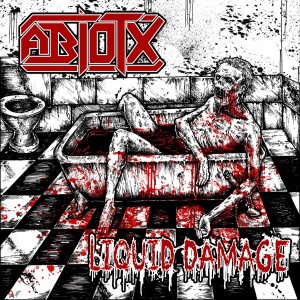 Abiotx (not sure how that is pronounced) hail from the heat of Phoenix, Arizona and in doing so join the hallowed ranks of Flotsam & Jetsam and Sacred Reich – bands that helped firmly establish Phoenix on the world map of metal. Along similar lines to Sacred Reich, Abiotx go for something of a crossover sound, with some hardcore touches a la Crumbsuckers or English Dogs blending in with the old school thrash style that brings to mind bands like Destruction or Razor. Although this is quite technical, with lots of time changes and some elaborate riffing, their sound is firmly old school and nothing like the metalcore sounds of today. The songwriting goes from straightforward songs lasting a couple of minutes to far more ambitious and elaborate works such as “Libertines and Laments” which clocks in at almost seven and a half minutes. The vocals gives Abiotx a unique sound – fairly restrained yet delivered in a haunting, menacing fashion, a bit like early Razor on releases such as “Evil Invaders”. For anyone that misses that sound of the late 80s, Abiotx offer the perfect medicine. A US thrash band on a Russian thrash label, that my friends is détente at its finest. Tom Chapman