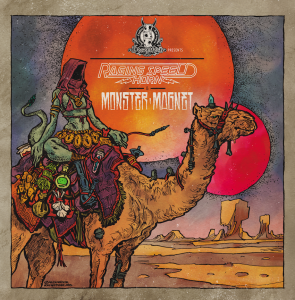 Corby sludge demons Raging Speedhorn are set to appear on a split EP with US Stoner Overlords Monster Magnet as part of the bands’ appearance at the British Desertfest.

The Desertfest sponsored 7” split will be released by H42 Records on April 29th, the first date of the festival, with a limited vinyl pressing of 300.

The track listing is:

Side A: Raging Speedhorn – Halfway to Hell

Side A: Monster Magnet – Hallucination Bomb

Guitarist Jim Palmer had this to say on the release:

“Having been a fan of Monster Magnet, forever it’s a real pleasure to be part of this split record! We also feel tremendously honoured that Desertfest chose us, as we are big fans of the festival. It doesn’t much better than this!”

Raging Speedhorn are currently in the studio with Russ Russell finalising their fifth record, which is set for a mid-2016 release