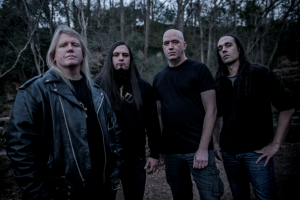 The reigning Kings of technical, brutal and historically themed death metal Nile are very pleased to announce two UK dates this April as part of a wider European run entitled the ‘What Should Not Be Unearthed Part II Tour’.
Special guests on this tour will be Sumerian black/thrash pioneers and Nuclear Blast label mates Melechesh, with support coming from Italian death metallers Embryo (more support to be announced).

“All of us in Nile are very happy to be returning to the UK. Last year’s shows with Nile and Suffocation were quite memorably killer, and I have no doubt that the awesome metal fans of the UK will make these upcoming shows with Nile and Melechesh another fine example of metal brutality.”

The band have created numerous legendary technical death metal classics such as their 1996-debut ‘Amongst The Catacombs Of Nephren-Ka’, the hugely successful follow-up ‘Black Seeds Of Vengeance’ (‘album of the year’ 2000 in Terrorizer magazine) and the 2002-release ‘In Their Darkened Shrines’. With critically acclaimed albums, EPs and several world tours under their belt, Nile have raised the bar for extreme metal bands musically, lyrically and conceptually.
Nile released their latest album ‘What Should Not Be Unearthed’ to widespread critical acclaim in August 2015.

‘delivering the most brutal and technical of death metal’
Terrorizer

You can purchase ‘What Should Not Be Unearthed’ HERE.

Special Guests on the road with Nile are the unsurpassable and entirely unique Melechesh.
Melechesh were founded in Jerusalem in 1993 by young guitarist Ashmedi, and since then they have proved themselves as visionaries creating an entirely new genre. Experimenting withmelting raw black metal with Mediterranean drum patterns and guitar scales resulted in their first phenomenal demo ‘As Jerusalem Burns’ and the 7” EP ‘The Siege Of Lachish’ – earning the band a forcible underground following.

Melechesh released their most recent album ‘Enki’ in early 2015, a deep and personal album filled with metaphor, spiritual, and philosophical references – a further development of their own Mesopotamian metal. ‘Enki’ achieved many critics’ ‘Albums Of 2015’ lists.

You can purchase ‘Enki’ HERE.